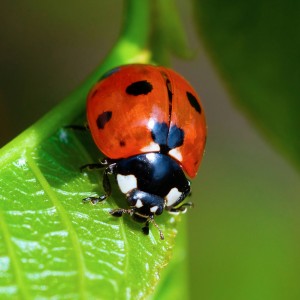 These little beetles live all over the world and, though we think of them as being red, you can also find cream, yellow, orange, black or brown ladybirds.

People used to think that counting a ladybirdŌĆÖs spots told you how old it was, but that isnŌĆÖt true! There are many species of ladybirds with very different spots. Some have five, some have 24, and some even have stripes!

Butterfly Belle loves her ladybird friends because they eat the naughty aphids that munch up your garden goodies, like pretty flowers and yummy fruit.

Why not make lots of Ladybird Pebble Pals and pop them in flower pots around your garden? If you varnish your pebbles, theyŌĆÖll stay bright and shiny! Have fun x